So I'm trying to learn how to play chess. I've bought a ton of books, been reading all kinds of stuff on the web, etc. Andrea is in Buffalo this week, so I've been coming home and playing computer chess until I go to bed. Tonight I played a ton of games...against computer programs and against people online. I lost every single game. Even when I set the computer to play at the level of a kid with severe learning disabilities, it beat me. I thought I was getting fancy because I've reading about all the openings - Ruy Lopez, friggin Estonian Gambits, yada yada - but I'm horrible.

I've been eating really bad food too, and drinking beer. At least I'm not smoking I guess. But I'm really bad at chess.

Paris Hilton has an idea...

She brings her publicist and financial advisor into a room, and says one word:

Paris: "Fungible."
The publicist and advisor look at each other, bemused yet dutiful.

Paris: "No, it isn't. So listen up, hotties, this is what I want you two to do."
The retinue skooch close.

Paris: From now on, I'm all mine, all me all the time.

Retinue: But you are all you.

Paris: Not me, the money.

The retinue are puzzled.

Paris: From now on, I don't spend what I had before, only what I make.

The retinue are still puzzled.

Paris: I made like ten million from the album, right?

Paris: That's where we start. All the old money is off. I live off what I earn.

So that's the idea. Paris Hilton decides only to spend what she earns herself, and donates to charity all that she has received from her father. The obvious issue is that she has bee able to earn money due to the celebrity that her father's wealth afforded her, but I don't care at the moment, I'm just running with this.

momentarily intriguing word combinations that ocurred to me today...

and one from andrea:
These sorts of things ocurred to me routinely in college. 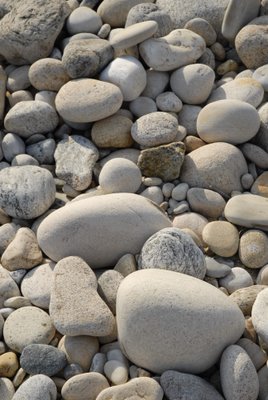 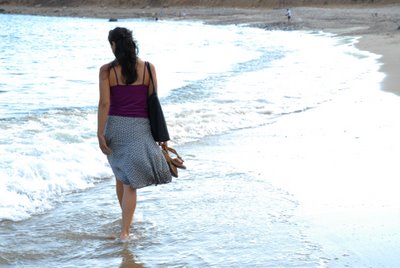 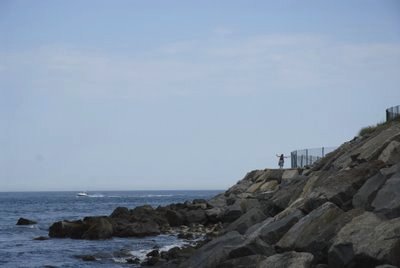 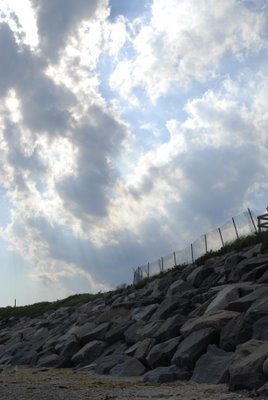 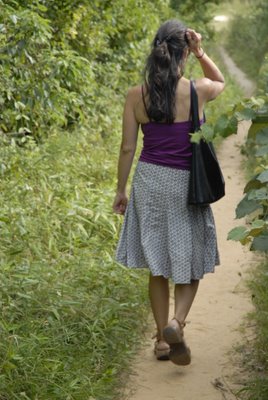 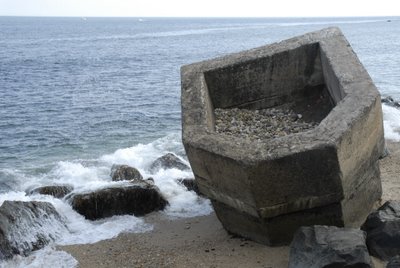 We drove down to Philly this weekend to attend Nadia's hebrew naming ceremony. Tons of Jer's friends and family were in town, and John, Doug, Jer and I got to hang out together for the first time in a long time. I took a ton of pix, the full set is on Flickr (click here). A few are below, including a few of Jer looking studly at the bar... 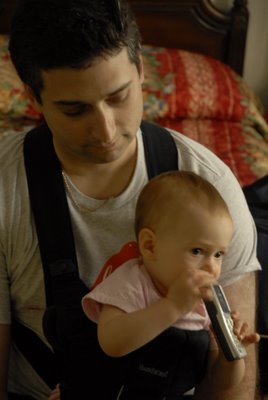 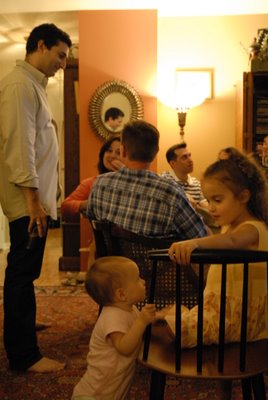 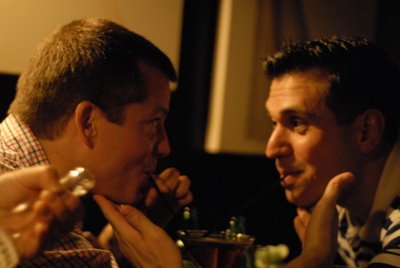 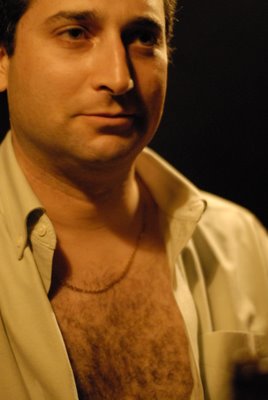 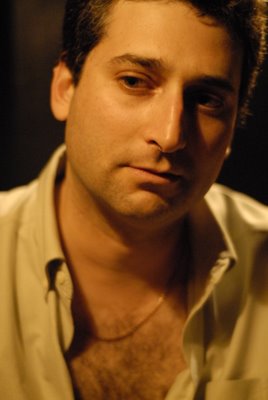 We drove to Philly this weekend to hang out with Jer and Leanne and their new baby Nadia. She's very cute and spry, and was quite jolly even though she caught a cold.

Saturday we all went out and got cheesteaks and walked around some, then today we went and ate dim sum then went to a chinese grocery store. Jer's mom gave me and Andrea a cool doll she made. I'll take a picture of it when we put it up.

A few pix from the trip below, the whole set of them is here 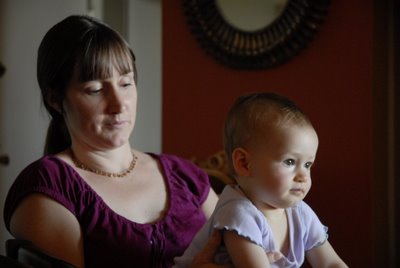 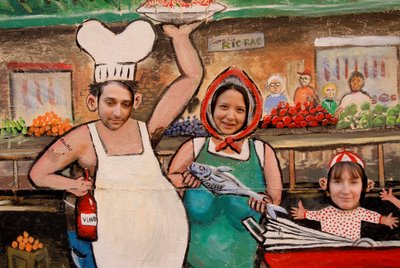 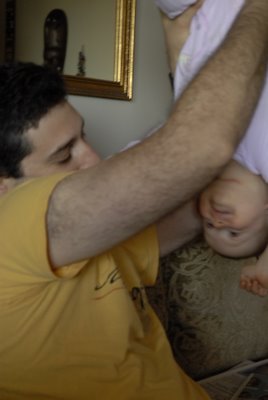 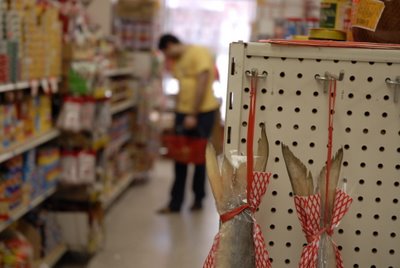 Andrea and I drove up near Tarrytown to an old Rockefeller farm that's still a working farm with a fancy restaurant. We went on the tour and stuff. It was fun...we were bored stiff sitting in our apartment.

I got the car washed too, because it was parked under a lampost in the garage and had 40 tons of pigeon crap on it. 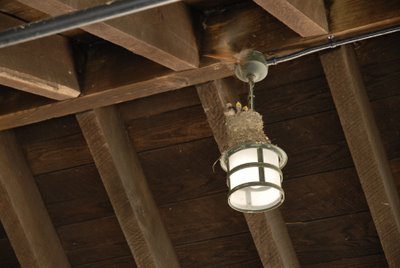 Nest of little baby sparrows, or something like that, getting fed. Mom is a little blurry...she'd hover, feed, then fly off. 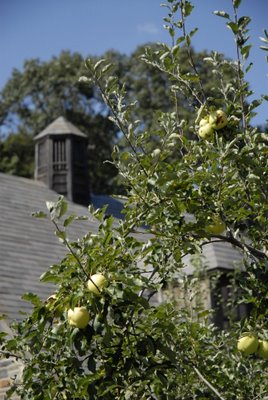 When I saw this apple tree, I was reminded of a Stieglitz shot of an apple tree in front on his house on Lake George. This shot would pop better if the apples were a ripe red.

Sucker for trees and clouds shot... 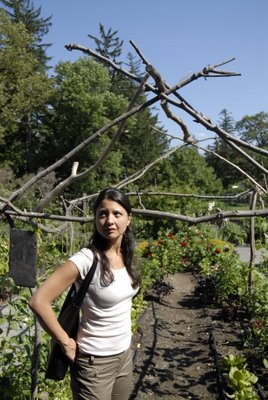 Andrea looking serious in the dooryard garden. I hadn't heard the word "dooryard" since college, when I read Whitman's "When Lilacs Last by the Door-yard Bloom'd," which I believe was an elegy for Lincoln...don't quote me on any of this.

Aigs...apparently they only lay them on weekdays, no joke.

Lucky leghorn, his job is to entertain the ladies... 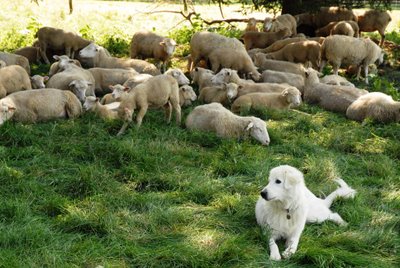 Stella the sheepdog. She barked at us and followed us along the fence, but in a gentle way.

Turkeys...apparently they put them out too early in the season last year, and by the time Thanksgiving rolled around they weighed about 30lbs and they wouldn't fit in the ovens. 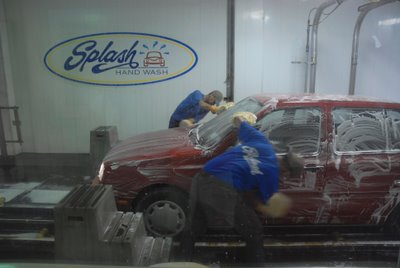 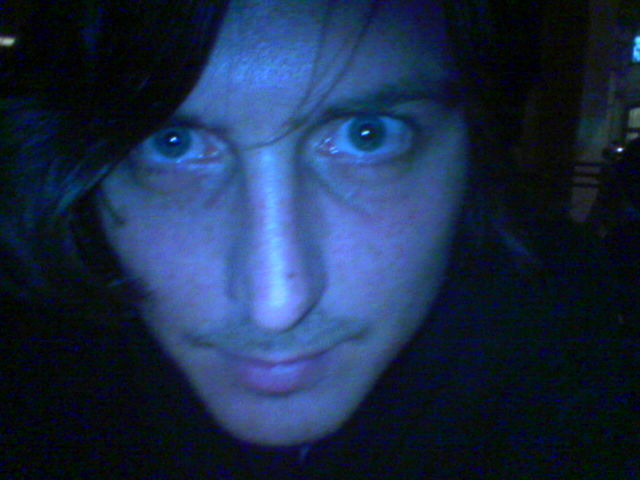 This is a picture of my cuz Adam that I took a few weeks ago when we were out with him and Jacquie and some friends of theirs. I sent it to my blog more than a week ago, and it just showed up. Curious.